What Exactly Is Urgent

We've been keeping an eye on City Hall for more than 8 years, but we've never seen anything like what happened this morning. 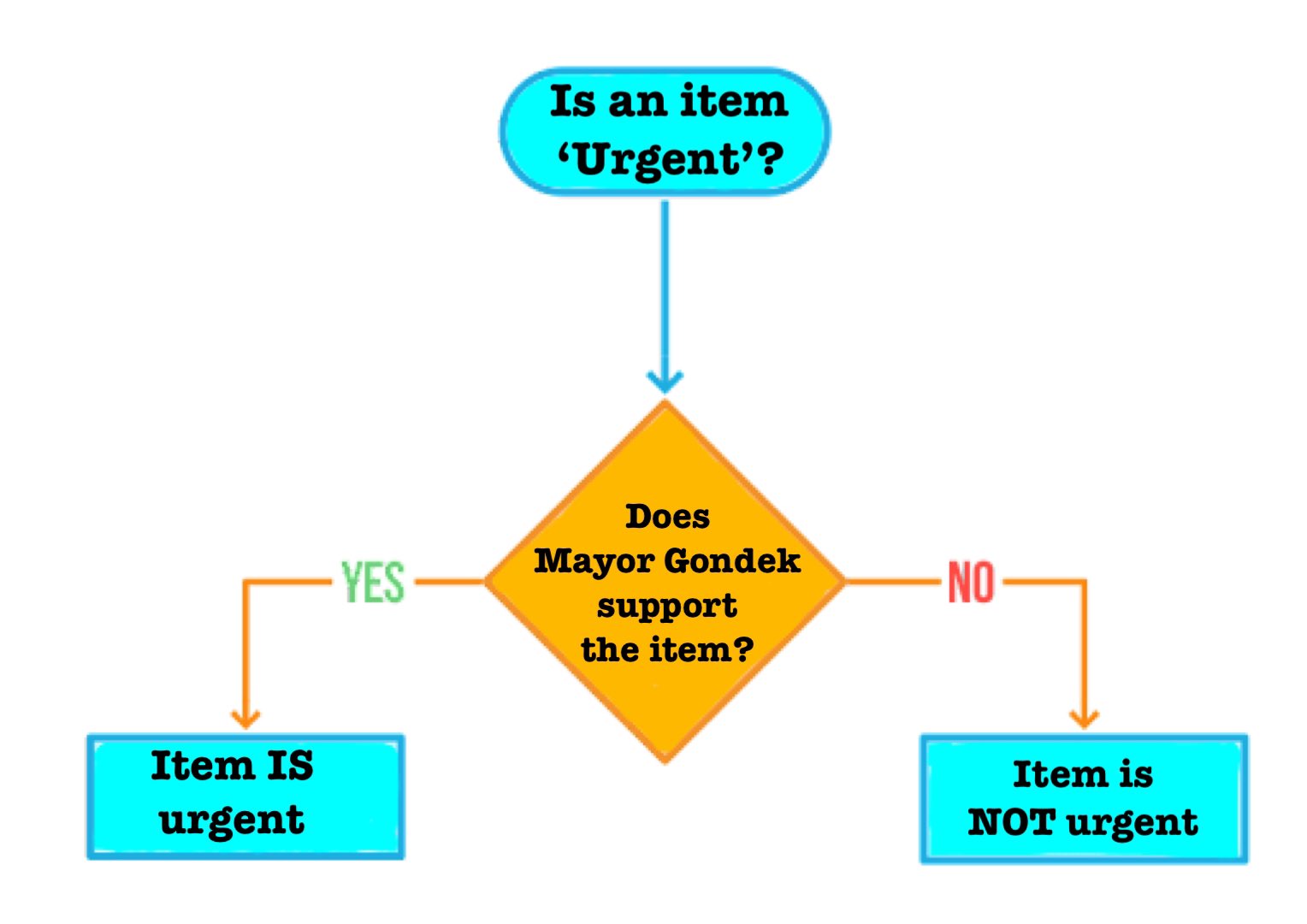 We've been keeping an eye on City Hall for more than 8 years, but we've never seen anything like what happened this morning.

Newly elected Mayor Gondek stamped her authority over Council in what was, shall we say, a rather "unique" way.

For those who aren't aware, at the start of each Council meeting, Councillors have to vote to approve what the agenda for the meeting will be.

They also have the opportunity to add new "urgent" items of business to the agenda.

This morning, there were two issues being proposed to be added to the agenda as "urgent" items.

The first is Mayor Gondek's idea, introduced by Councillors Mian and Carra, to send $100,000 of taxpayer cash to Quebec to fight Bill 21.

The second item, proposed by Councillor McLean, called for a freeze to City Councillors' wages for 2022, after it was revealed that their pay is scheduled to be hiked come January 1st.

Gondek was quick to allow her own idea to be voted on to be added to the urgent business of the day and - as is normal at Council - it passed almost unanimously.

Remember, this was just a vote to allow the debate to occur, not to support the idea, and it's common practice (and common courtesy) for Councillors to vote to allow their colleagues to debate issues, even if they don't end up supporting the idea in the final vote.

But next came the remarkable moment.

Council moved on to Councillor McLean's motion to freeze Councillors' pay, and Mayor Gondek ruled the motion out of order entirely by claiming the issue wasn't urgent and blocking a vote even just to debate the idea!

What followed was a messy procedural debate where even left-of-centre Councillors were questioning Mayor Gondek's motives.

Several Councillors noted that the Quebec court case that Mayor Gondek's motion supports isn't likely to even start being heard for several months, and could last years, whereas Councillor McLean's motion is about something that is due to happen automatically in 11 days time, before the next Council meeting, meaning this meeting was the last opportunity to do something about it - pretty much the textbook definition of an "urgent" motion.

Several Councillors looked for the classic "out" of some kind of compromise, with Councillors Wong and Sharp asking if the City could go ahead with the raise, but then recoup the money from Councillors if Council voted otherwise next year.

At one point Gondek even seemed to be arguing against herself, saying that there wasn’t any time to put the brakes on the increase unless a decision was made now.

Can someone explain how that isn’t "urgent"?

Ultimately, Councillor McLean challenged the Chair’s decision -  a procedural move that would reverse the Mayor's ruling, but requires a two-thirds majority to do so.

Voting to uphold the Mayor’s ruling refusing to allow a debate on freezing Council’s pay were:

Voting to overturn the Mayor’s ruling and allow for a debate on freezing Council's pay were:

So, what did we learn this morning?

Well, we certainly have a better understanding of how Mayor Gondek intends to govern City Hall for the next four years.

Things are urgent when she supports them and can wait when she doesn’t.

So, Councillors will be receiving a pay hike in 2021, and nine of the fifteen voted against even *debating* whether that should happen or not.

Meanwhile, Council has now gone into a secret session of today's meeting and has remained there for the last couple of hours.

Later this afternoon or evening, when they emerge, we expect them to vote on Mayor Gondek's "urgent" motion to send money to Quebec.

There has been some progress on that motion since we emailed you yesterday, though not all of it positive.

The reference to sending $100,000 has been removed from the proposal, which is great.

But unfortunately, it has been replaced by a reference to providing "resources" and "matching funds".

For those of us who've seen how City Hall operates before, this is a classic bait and switch.

Moderate the language of an idea so that it *sounds* better, and gets the 8 votes it needs at Council, but in practice, it's exactly the same - if not worse.

Knowing how City Hall works, the "resources" and "matching funds" parts of the amended motion will probably end up costing Calgary taxpayers far more than if we had just written a cheque for $100,000!

We know it's Christmas, and so a lot of people are on a break already, but that's exactly when politicians like to sneak things through, which is why we're paying even closer attention this week than usual.

We'll let you know what happens with Mayor Gondek's motion whenever Council comes back this afternoon, and we'll be keeping a close eye on City Hall over the holiday break too.