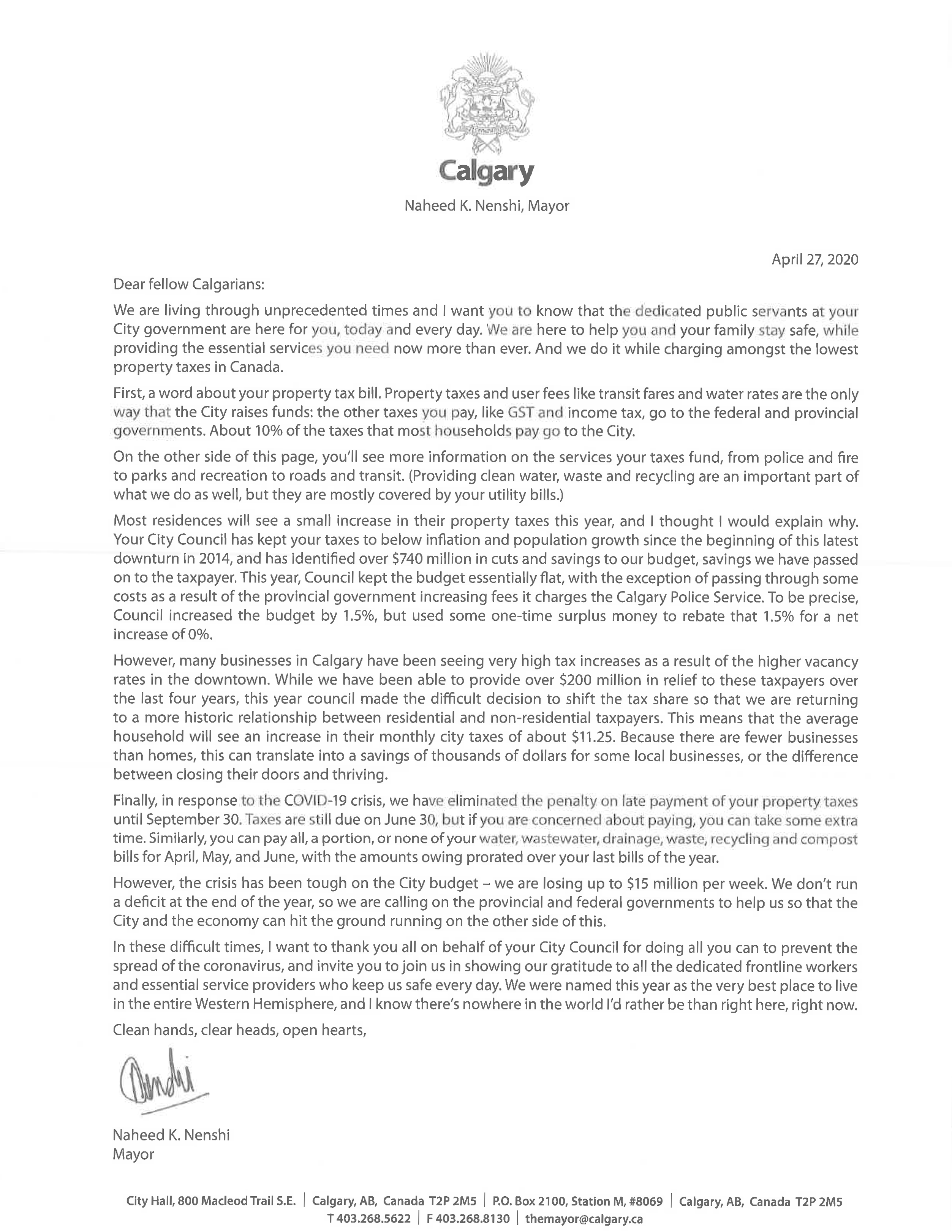 The misleading and outright wrong information includes, but is not limited to:

1) Council has NOT kept spending increases below inflation and population growth.

In fact, they went so far as to make up their own version of "inflation" to try to claim this - yes really!

2) Council has NOT identified $740 million in savings.

Council has increased spending by $740 million less than they originally wanted to, but spending has still gone up every year. That's like if you blew $5,000 on a shopping spree, but claimed you saved $3,000 because you were originally planning to spend $8,000!

3) Council did NOT keep the budget "essentially flat” this year.

The operating budget increased quite significantly and the City is also spending billions of dollars on new capital projects, even though the City's own Chief Financial Officer said they couldn't afford them.

Mayor Nenshi is using every accounting trick in the book to try to distract you from the massive 7.5%+ tax increase he and Council have imposed on you in the middle of a massive economic downturn.

Instead of finally getting their spending under control, as we've been advocating for years, Council have once again decided to carry on the party at your expense.

The Mayor is right about one thing though - we certainly are living in unprecedented times. Calgary has never seen such difficult economic conditions before, yet Council carries on as if taxpayers can afford to keep giving them more and more.