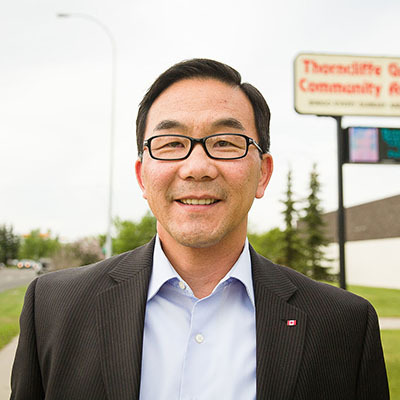 Sean took an extensive role in contributing to his community by working with many boards, and associations in an effort to be a bridge-builder for the many groups, such as: Being a member of Wildrose Lions Club; Member of the Sien Lok Society; Advisor to the Calgary Chinese Merchant Association; Director of the Federation of Calgary Communities; Director for the Foundations for the Future Charter Academy; and has been on a number of Federal Political Boards. For his years of volunteerism, Sean was awarded the Alberta Centennial Medal, and then the Queens Diamond Jubilee Medal.