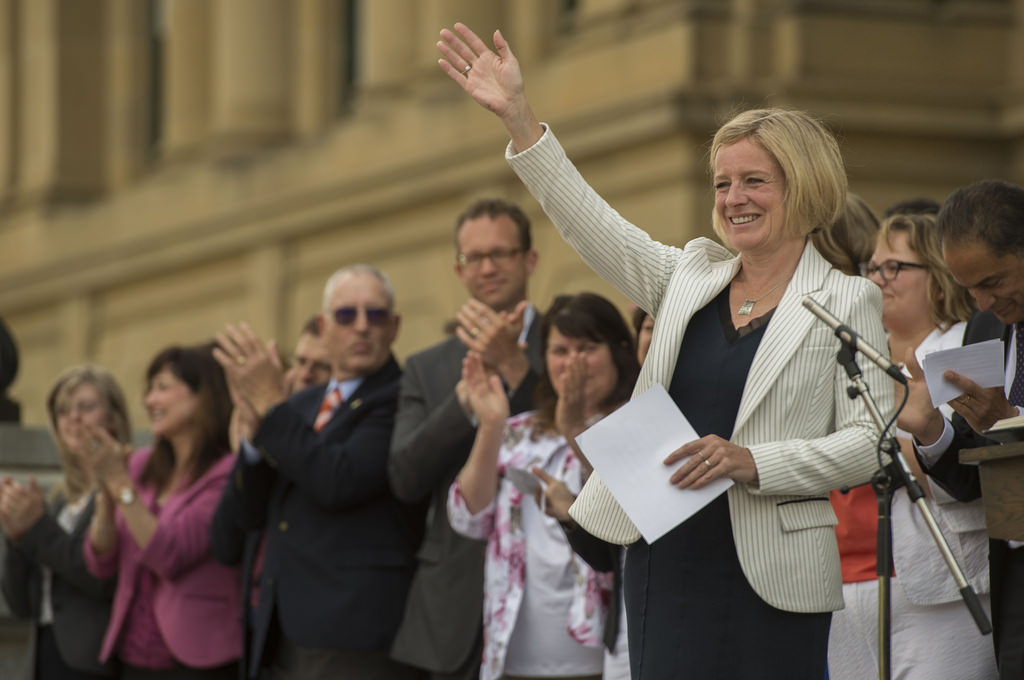 In a news conference following her speech at the Alberta Association of Municipal Districts and Counties convention, Notley was asked whether new taxing authorities were on the table as the province discusses city charters with Calgary and Edmonton.

But the premier said conversations around civic charters — documents that grant new powers and responsibilities to cities — are “nowhere close to that level of detail.”

The premier, who met with Calgary’s Mayor Naheed Nenshi and Edmonton’s Mayor Don Iveson a day earlier, said neither have actually asked for more tax authority.

“It’s really important to actually have an engaged, deliberative, collaborative conversation with the mayors as we go forward on the issue of the charter discussions,” she said.

“That involves not walking to the table and you know, slamming down a list of demands and things that we won’t talk about.”

“We have to remain open to a broad conversation to make sure cities have the revenue tools they need to deliver the quality of service their citizens expect,” Nenshi said. “The property tax is a lousy way to fund cities and we have to be open to replacing it with something better.”

The former Progressive Conservative government had ruled out new tax powers for Calgary and Edmonton while laying out a framework adopting city charters. The PC government was defeated in the spring election by Notley’s NDP, which also backs the charter idea.

In the spring, the city’s transportation department planned to consult with the public to gauge support for a variety of tax measures, including a fuel tax, vehicle registration fee, utility bill surcharge and road tolls that would help pay for road and transit development.

But Mac Logan, Calgary’s general manager of transportation, said Thursday the consultation was subsequently put on hold while the city and province were in talks over the Municipal Government Act review and city charters.

“We didn’t want to go out … and start talking to the public just about transportation funding mechanism options and which ones they think are more equitable or palatable … and then come back to talk to them about how do you fund parks or rec centres and different things,” he said.

Logan confirmed the city was actively prodding the province about new taxation powers. “That’s part of the discussion with the city charters,” he said.

But Jim Stevenson, Ward 3 councillor and vice-president with Alberta Urban Municipalities Association, said the issue isn’t new taxing powers, it’s new revenue. He said Calgary and Edmonton are starved for cash but “it does not need to be in the form of new taxes.”

Rather, Stevenson said, the situation calls for a redistribution of existing tax revenue among municipalities and the provincial government.