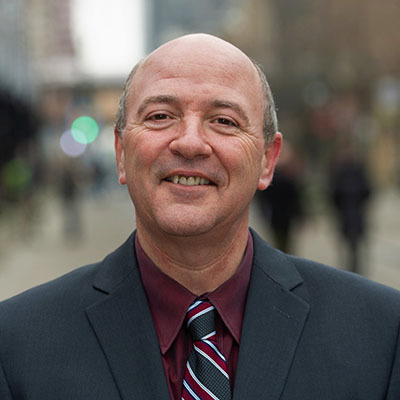 Peter Demong, along with his wife Naomi, is the former owner of Deer Valley Florist in Deer Valley Shopping Centre, and an experienced, well-respected member of Calgary City Council. Peter is more known for concerning himself with the intricate details of a budget than he is with getting tomorrow's headlines. To Peter, actions and track record speak louder than words.

Peter has a long list of accomplishments as a Councillor. Perhaps most notable are his development of a website where Calgarians can view exactly how much of their taxes are going to which City department, his pilot project for Rapid Flash Beacons cut the cost of signalized crosswalks leading to safer streets, his Budget Savings Account that incentivizes cost avoidance from City management, and his pursuit of Extended Producer Responsibility that removes the cost of recycling from Calgarians. Peter’s goals are a Calgary where no one pays for their blue cart, where people can see what their taxes pay for, and where business and innovation thrive. They are realistic goals that Peter is already on his way to achieving.

The Demong’s currently live in Legacy and have two daughters in their 20s. They sold the flower shop in 2015 after nearly 20 years of serving Deer Run and the surrounding area. Peter first moved to Lake Bonavista from Saskatchewan with his parents and five siblings in 1978. He grew up in Ward 14 and has lived in the communities of Lake Bonavista, Queensland, Deer Run, Midnapore and Legacy.