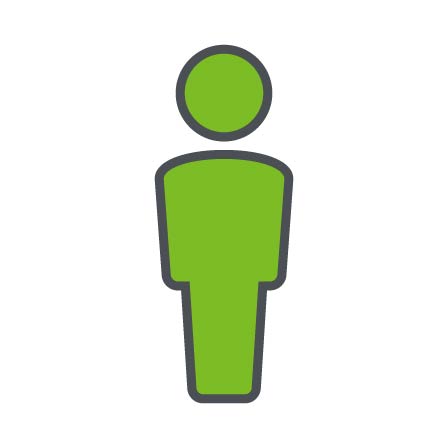 We are in a recession, but simply saying we will reduce taxes is not a promise I am able to make. People want and need services, and we need to pay for those services somehow. I do however believe that there are many other ways we can be more effective in spending and that may free up money for other services. One example I can think of is public art – do we need it, and what are we doing with it? We shouldn’t have public art just for the sake of having it. It should serve a dual purpose – for example, public art as a bus shelter, or public art as part of a community playground. We should also be sourcing that art locally to bolster our economy.

This question appears to be structured in such a way as to assume certain things, so I will endeavor to answer the question in my own way.

If I were to support tax dollars going towards the construction of a new stadium, they would not be directed to a corporation without any specific benefits to be given back to the taxpayers. In that way I do not support simply giving taxpayer money away – I believe that there is an opportunity to give a benefit back to the taxpayers.  If taxpayer money is used, there should be the ability to profit share, or an ability to host public events in the new arena. Any public dollars being used would require that we were able to show a direct benefit to the taxpayer, outside of simply having a team to cheer for. Currently, the City of Calgary owns the Saddledome and it is leased back to the Flames (and other teams) via the Saddledome Foundation which then distributes those funds to local charities. With a larger arena and larger sales, some of those funds could come back to City of Calgary as property tax revenue.

With respect of the form that the taxes could take, the donation of land may be one of the most appropriate.  There is a significant amount of contaminated land that cannot be put to good use without private investment.  Building the arena on those lands serves dual purposes – to remove contaminated soil that would otherwise be too expensive for the City to remediate, and to reinvigorate parts of the downtown core.

I believe this is likely too much time being spent in camera and expect that percentage could be brought down significantly with a clear outline as to what topics may be discussed in camera. However I believe much like any corporation, in camera meetings should be held regularly to discuss certain matters. Certain topics ought to be discussed behind closed doors for specific reasons, including:

> Legal advice and Ongoing Litigation. If you do not discuss legal advice in camera, you will inevitably cause issues with respect of solicitor-client privilege. The City of Calgary is involved in many lawsuits of which City Council will be expected to weigh in on.  Being in camera is of benefit to the taxpayers in these instances.

> Personnel/Employment Issues. At any organization, there can be important issues that arise with respect of employees. Sometimes these may be brought up at the Board level, for example if an employee is being terminated with cause. For privacy and legal reasons, these types of matters should remain in camera.

This is not an exhaustive list. Although I understand why in camera meetings are necessary, I agree that 25% is likely too much time. I would take a hard look at those meetings and object to them being held in camera when I feel it is necessary.

As mentioned in my earlier response, I think public art can sometimes serve a dual purpose. I likewise believe that any public art ought to be sources locally. I also believe we need more community buy in – for example, an online poll for the community to vote on what public art they prefer may mean we avoid these issues. Without a dual purpose or being locally sourced however I would not support the use of taxpayer dollars for any public art.

Council can start by lowering their taxes! Small businesses were hit especially hard with the recession and the reward for the ones who managed to pull through was higher taxes?! These aren’t huge corporations. The tax hike meant someone’s child couldn’t play hockey, missed out on dance classes or had to wear boots that are too small for another season. They had to lay off great employees because they could no longer afford to pay them.

We need to make it easier for small business owners to operate their businesses and to sell goods and services to the city.  The tendering process and requirements could use a revamp so that it’s feasible for a smaller business to submit a tender. Why wouldn’t we want a local business doing the work?  If we don’t make keeping small businesses alive a priority, that’s just more money leaving the city which isn’t going to help the economy recover.

Any construction of any project, public or private, usually runs into delays and cost increases. I think we would need to seriously review any significant changes made and implement strict change controls. But ultimately, there is no question that Ward 12 needs the Green Line. The South Campus needs convenient public access to ease future parking concerns and ensure low income Calgarians are able to access those services. Without the Green Line, that will be far more difficult. That and the ease of traffic everywhere else in the City as people in the Ward 12 communities have access to convenient and fast public transportation around the City.

It is a critical piece of infrastructure and I hope that the rest of City Council agrees with us on that. Further, the investment to date has been significant. Although it is not visible to the public, millions will have been spent to date on plan proposals, planning, land purchases, etc. To not proceed with the Green Line would risk losing that investment which does not serve the interest of Calgarians.

Referendums are extremely costly, and can be easily swayed by what “sounds good” even though the reality may not be what the City of Calgary can afford. I believe City Council can get a better gauge by having focus groups within their communities with residents and business owners to talk about the cost-benefit analysis. I would ultimately support what my constituents support, but would want City Council to have the ability to vote against such a bid if it could cause significant financial repercussions to the taxpayer in the long run.

Although the 1988 Olympics were a defining moment for Calgary, the world is quickly changing. With recent events, it is clear security costs would be astronomical and additionally, such an event would put Calgarians at risk of a terrorist attack. We need the ability to carefully weigh what a bid could mean in this changing world which may not happen with a simple “yes or no” vote.