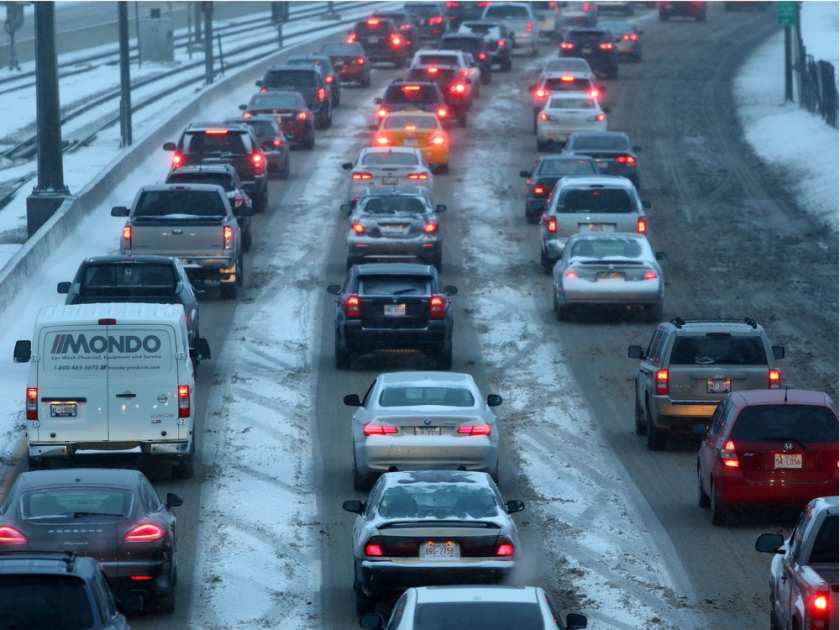 The lobby group, which receives funding from a “variety of sources” including the Manning Centre, maintains traffic congestion and infrastructure is the top concern for most Calgarians.

“We have noted growing citizen frustration with congestion in the city and a lack of a plan for motorists at City Hall,” said Stephanie Kusie, executive director for the group. “Little has been done in the last few years to rectify this situation.”

Kusie pointed to the city’s recently released 2015 Citizen Satisfaction Survey, which found 36 per cent of respondents cited infrastructure, traffic and roads as an important concern — down from 46 per cent in the 2014 survey.

Concerns about traffic congestion specifically fell from 16 per cent to 11 per cent, year over year, according to the city’s survey, while public transit jumped four points to 12 per cent.

“Congestion is the No. 1 issue among Calgarians and it’s time for the city to do what the citizens want and that’s to come up with a strategy to improve the flow of vehicles,” said Kusie.

She noted the city has developed various strategies for other modes of transportation, such as pedestrian, cycling, and public transit, but lacks a dedicated motorist strategy.

“Unfortunately, we are not seeing a comprehensive plan … that specifically addresses the needs of motorists,” she said. “Yes, there are projects being done but we’re not seeing a plan.”

Coun. Ward Sutherland said the city might need to revisit how it allocates infrastructure spending, suggesting it had become “unbalanced” in recent years.

“Crowchild (Trail) is backed up from 24th Avenue all the way to Brentwood and we’re just starting the Crowchild study, which will take a year and a half, but it’s 100 per cent unfunded,” Sutherland said. “We did the Shaganappi study, 100 per cent not funded.

“When you’re taking a whole segment of the city it’s quite concerning that we haven’t done anything about traffic congestion,” he said.

“If their answer is to build more roads and synchronize all the green lights, try again,” he said.

Calgary rated the least congested of seven major Canadian cities in the 2015 TomTom Traffic Index, which compared traffic congestion in more than 200 cities based on 2014 data.

The index rated Calgary’s congestion level at 22 per cent, below the national average of 27 per cent and several points better than the worst ranked Canadian city, Vancouver at 35 per cent.