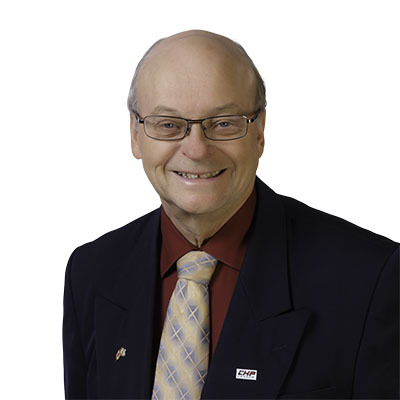 Larry Heather (67 yrs.) was born in Vulcan, Alberta and has been a resident of Calgary Southwest since 1956. Larry works in audio/visual transfers to new media and production of radio shows, and oral family / historical living histories. In the past he has had extensive experience in the logistics industry.

Utilizing his creative and management skills, Larry is a past Board member of the Canadian Badlands Passion Play in Drumheller, where he continues in acting and behind the scenes maintenance for all 24 years of its history.

Using his research, production, and presentation skills, Larry is was a host of Gospel Road over the airwaves of southern Alberta for 11 years.

It is here he enjoyed profiling many interesting Christian ministries and topics of relevant concern to those who believe the application of Judeo-Christian ethics to our society is integral to its survival.

In the last eight years Larry has been doing volunteer research and website development for the William Aberhart Historical Foundation. The Foundation was initiated by the late Art Dixon, former Social Credit MLA and Speaker of the Alberta Legislature. In combination with his Gospel Road radio shows, he has produced some 32 hours of radio shows on the William Aberhart legacy and the luminaries he mentored, including Ernest Charles Manning.

Larry has many interests and a love for reading, theatre, and movies. A lifelong learner, he holds a Bachelor of Religious Education from Briercrest Bible College (Sask.), a Bachelor of Arts in Religion (Theatre Arts) from Rocky Mountain College (Calgary) and a graduate level Diploma of Christian Studies from Regent College (Vancouver.) He has also graduated from the one-year programming course from CDI College Calgary and a Web Builder's course at The Media Classroom.

Larry was for many years was President of Christians Concerned For Life in Calgary, and organized and chaired the steering committee that birthed the Calgary Crisis Pregnancy Centre (now the Calgary Pregnancy Care Centre) , following hundreds of film showings on the pro-life cause in Alberta churches. He has taken active runs in elections on the Pubic School Board, Provincial MLA and Federal MP levels, running for the Christian Heritage Party in Calgary West (1993), and Calgary Southwest (1997, 2004, 2006, & 2008) & the Calgary Midnapore By-election in 2017. He ran as an Independent in the 2011 & 2015 Federal Election against Prime Minister Stephen Harper, providing a ballot home for pro-life and traditional family supporters who hold these values as determinant of our country's continued future.

I have attended City Hall for 11 years and know well the process of speaking to Committee and Council. I understand the games being played. The administration is the permanent government and runs the Councillors and Mayor like puppets. I know how to disestablish them and put the decisions back onto the people's representatives.

1. Gigantism of City Hall Programs and Staffing. Uncontrollable growth of spending and staffing. One-third of City Staff (mostly middle management) must be let go to get control of the Beast and bring it to subjection. 2. Throw out the Calgary Municipal Plan and all such anti-car and resource hating ideologies. Restore the priority of R1 residential living as the ultimate tier of healthy urbanism 3. Restore Car Mobility, and eliminate planned congestion. Slash Business and Residential taxes drastically, return the City to basic core functions and stop anything not related to those functions such as pleasing special interest groups over the common good. 4. Restore Election Integrity with a proper citizen voting list, reduce advance voting to only those proving a need so citizens are not voting before half the campaign is run. Rigorous audit of ballot registry to disqualify multiple-time voters and non-citizens.

The current Regime is replicating Provincial and Federal Departments under the City structure and making work opportunities out of no need. (Think Environment and Interference in Education)

The property taxes are far too high for both business and residential. As above, drastic culling is needed of both staffing and program spending.

Decrease spending markedly to comparable levels of the mid 1980's regardless of inflation.

Absolutely not. Remain with Property Tax and services.

Returned to the Taxpayer by rebate.

No. We need to decrease subsidized housing by enabling citizens to buy back their property with a mortgage. We need to fix All existing stock of units and not build new projects until we have utilized the old.

We have no business Lording our warped views of Urban growth under the current MDP on other towns or cities nearby.

Let the market decide on the more affordable greenfield, and let the market dictate the rate of inner city renewal at its own pace.

Only the Event Centre Arena was necessary at this time. The Council of the last four years is bankrupting us.

The Green Line LRT is the most expensive and high costing maintenance option possible. It should be cancelled in favor of scalable demand by Raid Bus Routes along the existing purchased routes.

There will be no golf courses left due to the MDP plan which is skyrocketing the price of land. Maintain ownership for now until MDP is dismantled.

Absolutely not. This is Marxist class warfare.

Absolutely Not. A violation of the Nuremberg Code. Those responsible will be brought to justice and incarcerated at the least.

This was totally unnecessary and is a continuation of the war against the car and truck. It must be reversed.

Let business prosper and fund that which is pleasing to the public. Perhaps a tax credit for doing so.

Put the Councillor's offices out into the Wards. Take away the insulation that make them arrogantly protected from the results of their decisions.