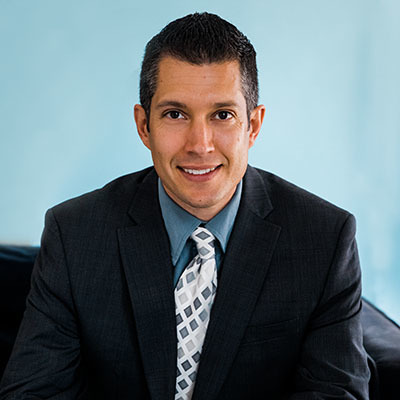 Evan is a committed family man. He met his beautiful wife, Anna in college and they were married in 2008. They are the proud parents of Micah (10) and Sarah (8). As a family, they enjoy Friday movie nights and their Saturday hike in the mountains as often as possible.

Evan has dedicated his adult life to building community. A born and raised Calgarian, Evan was fortunate to have two loving parents who modelled hard work and genuine care for others. This upbringing instilled in him strong values and ultimately set him on the path of servant leadership and community advocacy.

After earning a BA in Leadership Development from Rocky Mountain College, Evan spent the first 10 years of his vocational life as a pastor. During this time, he honed his people and communication skills and learned there is no substitute for a motivated and empowered team. As such, when Evan moved to southeast Calgary he immediately got involved in his community through volunteering. As he shared his enthusiasm and leadership skills, Evan was quickly entrusted with chairing the Volunteer Committee and then hired as the Mahogany HOA Volunteer Coordinator.

Evan put his background in marketing and events management to effective use when he started Abundant Community Copperfield Mahogany to inspire people to organize and care for their neighbourhood blocks. Building off this, he became a consultant for Nextdoor Canada — social networking for neighbourhoods. Evan also sat on the board for the LRT on the Green Foundation to get Calgary's Green Line built in its entirety from north to south.

Recently Evan has been serving the people of Ward 12 as the Constituent Assistant for Councillor Shane Keating. From preparing complicated Notices of Motion to interacting with various constituent and business concerns on behalf of the Councillor, Evan brings firsthand knowledge and experience of the inner workings of the City of Calgary and Council. This experience, combined with his commitment to community-building makes him highly motivated to drive positive change and opportunities in the Ward.