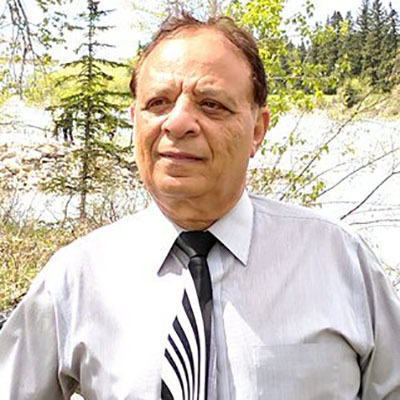 Emile Gabriel’s father was his first role model. Despite knowing that he had only a few months to live, he continued to work tirelessly to the last minute in the service of others. As a doctor, he was dedicated to his community, especially the poor, whom he chose to treat for free. He passed away at the young age of 42, due to kidney disease, but passed on his commitment and passion for serving others to his children (Emile was 11, 1/2 years young at that time).

His mother, a widow, trying to learn how to cope with this tragedy, left alone with the responsibility of raising six young children on her own, remained a strong loving example for her children. Her sacrifice, wisdom and guidance molded her children into strong, persevering individuals with a deep desire to give to others and to look for solutions.

As a young person, Emile was instilled with the values of giving to others and motivated by his parent’s inspiring examples.

As an immigrant, he came to Canada with just $200 in his pocket.

In order to support himself, he took jobs like working in a bakery, paint manufacturing firm, warehouses, loading docks, and security officer at Calgary Airport.

With his Civil Engineering degree, he worked with Alberta Transportation, building Highways, Bridges and Airports. During that time, he went to the University of Alberta to upgrade his knowledge in transportation.

As an entrepreneur by nature, he took a leap into the business world, started a small paving company, followed by starting his own businesses in the food industry (coffee trucks and small food kiosks at the farmers market).

His first-hand personal experience made him sensitive to other Calgarians' struggle in making a living, building a life and providing for family.

Throughout his learning journey, he took advanced courses in cities’ planning and transportation at both Universities of Alberta and Calgary.

Later, he obtained a PhD degree in Project Management Specialization from the University of Calgary and works now as a management consultant providing service to a variety of firms and organizations.

This combination of knowledge and experience makes him a good fit to lead a growing city like Calgary.