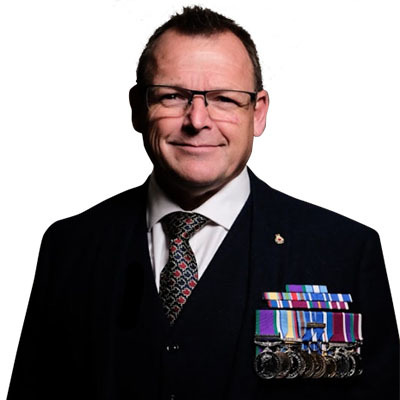 Uniting 14 new councillors from different ethnic backgrounds and very different upbringings, all with ambitions, goals and aspirations for their communities, moving forward as a new councillor. It is going to be a major task for any new Mayor to develop a cohesive team. Weak leadership will fail miserably and the council will become totally dysfunctional. I have 30 years of tried and tested true leadership experience. Which was developed in many countries all over the world, in some of the most dangerous environments imaginable. I have planned, implemented and lectured on multiple leadership courses over many years developing the potential of many multiple teams of new leaderders. Getting the best results out of a team is what I do best, this is just one of my tallants that I bring to a new city council. I’m no politician or businessman who wheels and deals for personal financial gain. I am a leader and this is what in my opinion we need right now. I will be bringing a totally different kind of leadership to council, I have had enough life experience to fill three lifetimes, never mind the one I presently live, no other candidate can even compete in that regard. I have also been active in council for a number of years and have attended multiple meetings of council these past 5 years. I’ve given submissions supporting our emergency services and fighting against constant budget cuts to Fire and Police. Also I’ve given council documentation with content on how to implement policies that will lower COVID transition rates in our city. For more information on that topic go to my platform called “United we stand divided we fall”.

1. Social injustice is the biggest issue affecting Calgary is the COVID pandemic with mandatory passports and people being forced to be vaccinated just to keep their jobs. I have a platform topic titled “UNITED WE STAND DIVIDED WE FALL”. I explain how I as your Mayor would be advising council on the topic of reducing the COVID transition rates in our city, which would then reduce the amount of stress on our healthcare system. 2. Lack of Jobs: Our small business sector needs a lifeline and this will come in the form of tax reductions. Assisting small businesses will open up more jobs. Also, my approach to downtown revitalisation will also bring jobs to our city. 3. Social inequality (poverty). I will be advising our new council that we need to develop a new department in our city services called Calgary Community Social Services. 4. Lack of quality community policing: I submitted a community policing document and gave a public submission to council in June 2020 it was aimed at giving this council some guides on how to improve our community policing in our cities communities. They did nothing about it. A fire department is on the brink of failure due to lack of funding. This will change: I submitted a document in April 2020 to this council laying out all the issues our fire department had then. I gave them some recommendations, but they did not reply. Go to my platform to view the document in detail and come to your own opinions, I will be advising the new council this year should I become your Mayor that our fire department budget needs to be reinstated substantially

Our Municipal government does much more however it is restricted in the powers it has. By fostering a good solid relationships with any provincial and federal government and taking a nonpartisan stance the council will be able to get much more accomplished in our city when it comes to making deals and financing any major projects

Since 2018 we both residential and commercial tax payers have been carrying the financial burden of around 150 million dollars lost revenue by the downtown core vacancy increase. This council decided not to live within its means and to offload that financial burden. So yes I would say we in Calgary pay too much property taxes. Once our downtown is revitalised, that tax responsibility that we as taxpayers have been carrying, as a financial burden for too many years will be reduced to level the financial scale of burden and also to pay off the city's debt. This is the direction I will be advising the council to go when it comes to lowering any taxes in the future.

Our city should increase spending but by less than the rate of inflation and population growth. .

I would support the City being given additional taxation powers, however until any new taxation powers materialize from the provincial government it is pointless for me to comment on this topic.