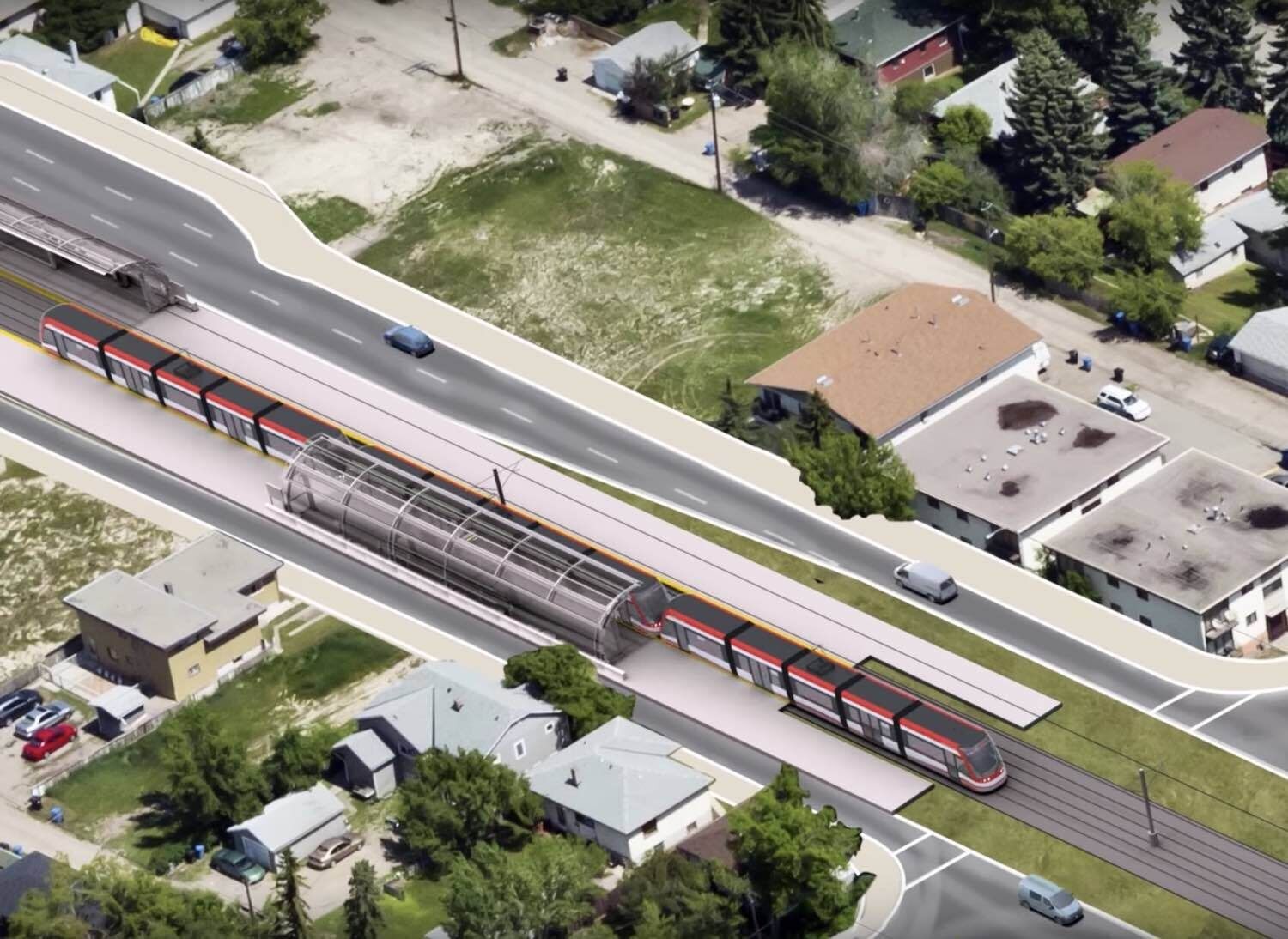 Before we get into the actual figures, there are three interesting insights into the Green Line hiding in this report.

Common Sense Calgary has been asking to see a cost-benefit of the Green Line for literally years.

Releasing the report this late guarantees that there will be very little scrutiny of the report's figures and conclusions.

We will do our best though!

This report confirms the rumours that the cost of the Green Line has increased by another $300 million - from $4.6 billion to $4.9 billion.

This is despite the recent simplification of the downtown leg which was apparently done to "save money".

And the project hasn't even started construction yet.

The West LRT doubled in cost *after* construction started!

If the Green Line doubles in cost during construction as the West LRT did, we'll hit $10 billion for less than half of the line.

Who knows what it would cost for the other 26km - another $10 billion?

Suddenly a $4.6 billion project could end up costing $20 billion!

The Green Line's completion date has already been pushed back from 2024 to 2026.

Don't forget this is despite only needing to build 20km instead of 46km.

But recently we've heard rumours that this date is in trouble too.

Interestingly, this report assesses the project's costs for a 30-year period starting in 2028.

The report doesn't actually say anywhere that the project is delayed to 2028.

Now that we've got those initial thoughts out of the way, let's dig into the actual numbers.

The report isn't technically a proper cost-benefit analysis - it's dubbed as a "business case".

It does include a pseudo-cost-benefit analysis though, which we'll take a look at.

For no obvious reason, this cost-benefit excludes $900 million of costs (even though these costs are mentioned on the very next page of the report).

This is just outright deceptive.

1) Include reduced GHG emissions, health benefits, and other wider economic benefits (like multiplier effects of govt spending); and

2) Exclude wider economic costs (such as multiplier effects of higher taxes to pay for higher spending).

But it being harder to calculate isn't an excuse to just not do it!

Including one without the other biases your final figure one way or the other.

We're sure it's just a coincidence that the direction of the bias in this report is in favour of the Green Line, right?

Include the wider economic benefits in a separate table for people to look at and consider.

But don't add them to the overall calculation!

Taking all of the above into account, here is what the Green Line LRT's cost-benefit analysis SHOULD look like: 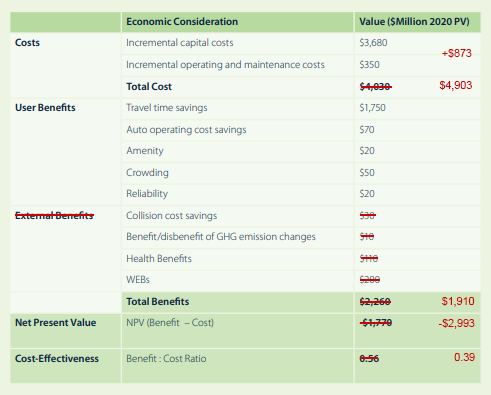 The $873m of costs are added back in, external benefits are removed (as external costs are not available - if anyone has them, let us know and we'll add both back in!).

This gives a Net Present Value of just under negative $3 billion.

That means the City will LOSE $3 billion building the Green Line.

That's not how much they will spend building the line, that's the difference between the cost and the benefit!

No business would build something that has a Benefit : Cost ratio of less than 1.00.

The whole point of doing a Cost-Benefit analysis is to make sure that the Benefit is greater than the Cost (ie: that the ratio is > 1.00).

If it is, then doing the project makes sense, if it's not, then the project shouldn't go ahead.

Even if you don't believe a thing we've said in this entire email...

Even if you prefer to believe the City entirely, and completely trust their figures, instead of ours...

The City's own report, without adjustments, says the Costs outweigh the Benefits by almost 2 to 1: 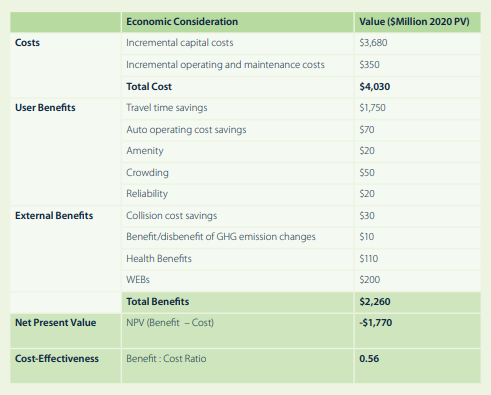 The City's own analysis of the Green Line, released publicly just days before the vote, with barely any opportunity for scrutiny, says that the Green Line doesn't make sense and shouldn't be built.

And yet, tomorrow, City staff are going to recommend proceeding with the Green Line anyway.

And because they're not paying for it, you are.

Common Sense Calgary is dedicated to advocating for you - even if it means spending our Sunday afternoons reading a cost-benefit analysis that should have been released publicly years ago.

We rely on voluntary donations from Calgarians like you to do our work.

If you're in a position to contribute financially to our efforts please click here to make a donation - every dollar helps us to hold City Hall to account and to get the message out.

If you can't help out right now, please forward this email to your friends and ask them to get involved.

We greatly appreciate everyone's support of our work.