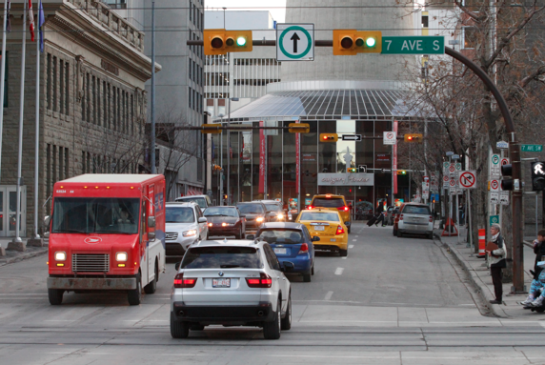 A Calgary group has pledged not to sit idly by in traffic and call on the city to get motorists moving again.

Tuesday, Common Sense Calgary, a local advocacy group funded by the Manning Foundation and several other stakeholders, called on the City of Calgary to craft a motorist strategy. This comes at the heels of the 2015 Citizen Satisfaction survey outlined infrastructure, traffic or roads as one of the top concerns.

The survey showed 36 per cent of Calgarians see infrastructure, traffic or roads as an important issue – which is down from 46 per cent in 2014.

Common Sense Calgary Executive Director Stephanie Kusie holds up the city's transportation plan, a document she's read from cover to cover – but she says there's something staff missed in their detailed plan: motorists.

Kusie said the city does address different motorist strategies, but it's a piece-meal approach and Calgarians need a comprehensive plan.

When asked for examples on what the city should do specifically Kusie had no examples, other than drafting a motorist plan, and gave no other municipalities as examples to model Calgary after.