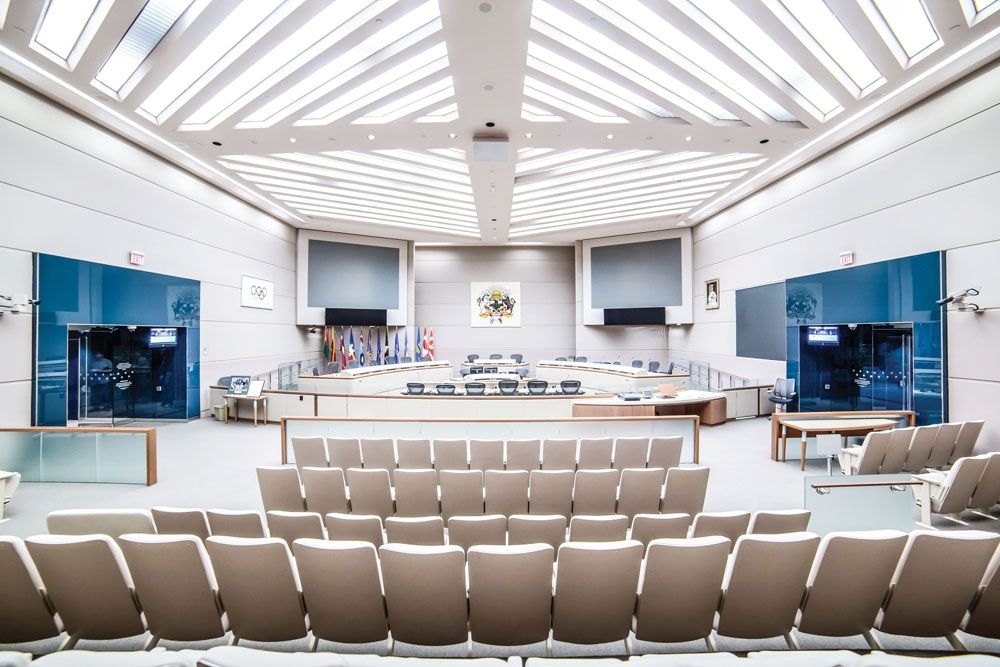 People sometimes ask us whether petitions work and whether politicians ever listen to them.

Well, I'm very pleased to report to you today that, despite some procedural shenanigans, it's now official and Council have voted 10-4 to remove Calgary's mask mandate in private locations as we called for in our petition last week.

Of course, this being Calgary Council, they couldn't help themselves from clinging on to just a bit of power for just a bit longer, so they also voted 3-11 against removing the mask mandate in City-owned buildings and facilities.

Here's a summary of which Councillors voted for and against removing Calgary's mask mandate in both private and public locations, as well as how they voted last month. 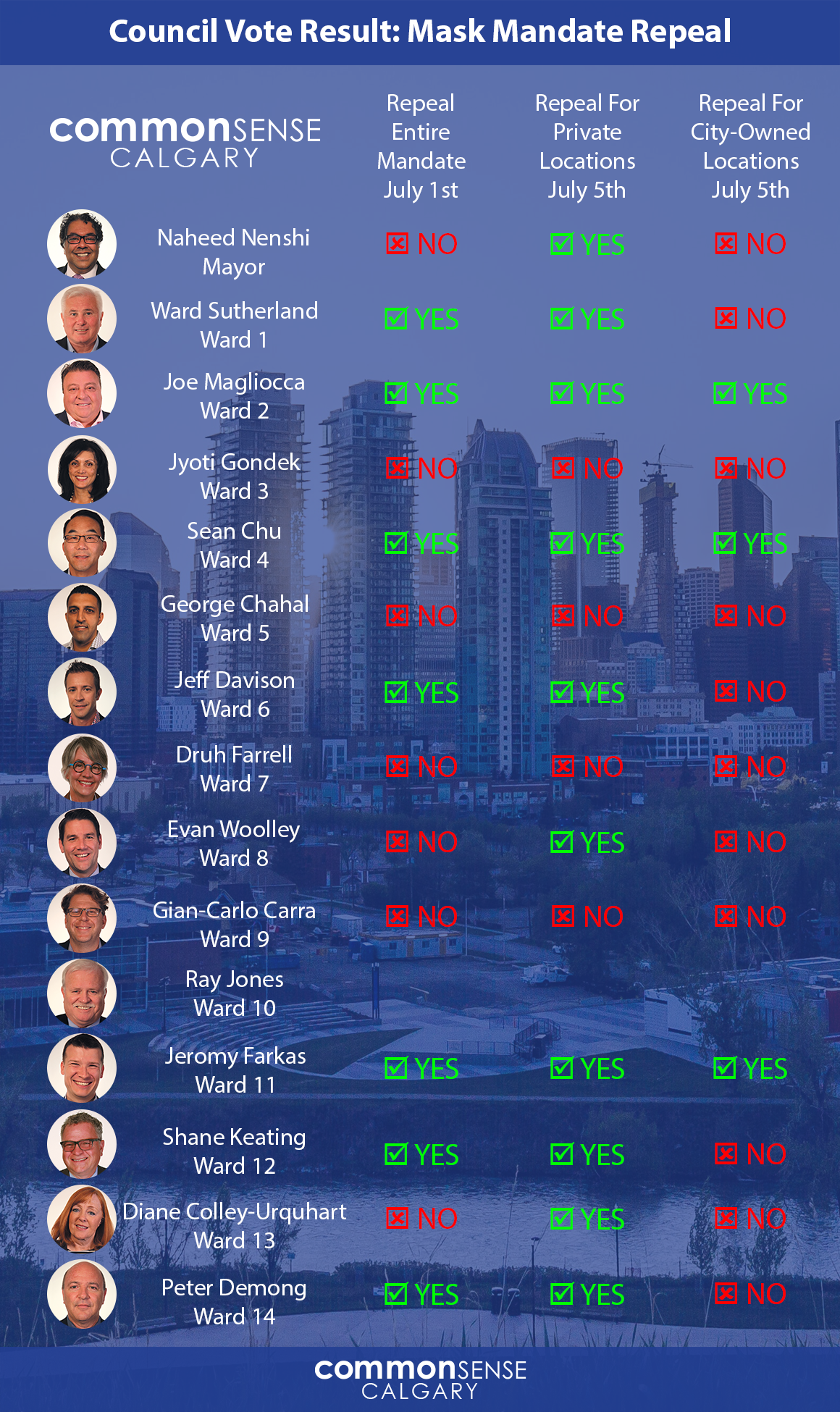 While it's disappointing that the whole mask mandate wasn't removed today, the last portion that affects City-owned locations will likely be removed quite soon.

It's also lucky that the mandate was repealed today at all after Councillor Farrel used a procedural trick in an attempt to delay the repeal.

According to Council rules, Council actually has to vote on something three times in order for it to take place and while normally all three votes would happen immediately after each other, any single councillor can object to holding multiple votes on the same issue during the same meeting.

Councillor Farrel did just that and, to be clear, this is her right - she is entitled to do so under Council rules, and everyone is playing by the same rules.

But her objection meant that the repeal couldn't be completed in one meeting.

He was clearly prepared for this to happen, having likely seen the same move being used by Councillor Paquette in Edmonton last month.

Farkas made the point that a further delay would cause even more confusion for the public, and the Mayor agreed - calling another meeting after a short break to complete the procedure.

We know that sometimes politics can be depressing, especially in the last 18 months as we've watched a string of governments infringe on a huge number of our civil liberties.

But today is a good reminder of the power of people to come together and force change.

More than 12,500 people signed our petition and the politicians were forced to listen, so thank you for joining us on that mission.

There's also much more to be done to address the serious damage that has been done to the Albertan and Canadian institutions that are supposed to protect our rights, not take them away, as well as our usual work to bring accountability and transparency to City Hall.

You can continue to look forward to our ongoing scrutiny of everything that happens at City Hall, our weekly email updates, plus a few surprises we have planned for you too.

We all know that the 2021 Calgary municipal election is going to be incredibly important for the future of our City.

That's why we think it's even more essential than ever to have a strong, municipally-focused advocacy group dedicated to promoting good ideas and fighting back against bad ideas at City Hall.

As a grassroots organization, our funding comes entirely from voluntary donations from supporters just like you and every dollar we raise goes directly towards our efforts to hold City Hall accountable, and bring you detailed and informed election coverage.

So, if you appreciate our work holding City Hall to account, and would like to help support our efforts, please consider clicking here and making a donation towards our 2021 municipal election coverage: