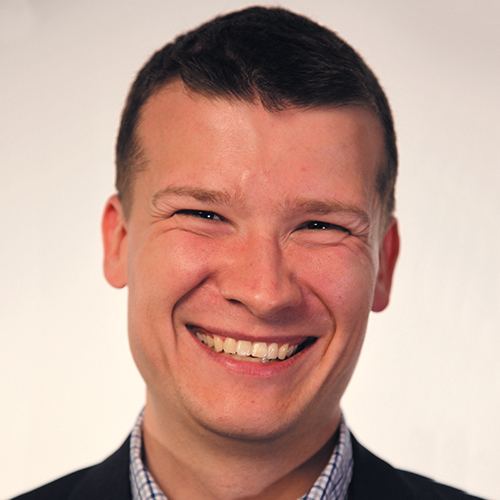 There is a spending problem at City Hall, and it is pushing families, seniors, and small businesses to the brink. This November, City Council expects to spend $170 million more than they will take in through taxes. In addition to ideas from other Councillors, and your feedback, I will pursue these specific cost saving measures, as costed by the Calgary Chamber of Commerce:

I will move to abolish the “Municipal Price Index” that locks Council in to automatically spending more than last year. Had the City increased spending only by inflation and population growth over the past ten years, our expenses would have been $743.7 million lower in 2016, with total savings since 2008 reaching over $4.6 billion.

Calgary’s human resource costs are $1,600 per employee, nearly double Ottawa. By bringing this down to $1,000 (still higher than the median for Canadian cities) we will save $9.8 million.

Calgary’s corporate management costs are much higher than similar cities. By allocating a similar share of our budget as cities such as Toronto, we will save $118 million.

Calgary’s garbage collection costs are $153 per tonne, about 70% higher than Ottawa. By finding efficiencies and using successful models from other cities, we will save $28.7 million from residential collections.

Workers in City Hall’s largest union have received a 11.1% compounded pay increase since 2015. These very large increases have a big impact on the City’s budget and should be kept in mind when union negotiations begin. I believe that public sector compensation should be competitive with the overall economy, but not substantially higher or lower.

The current models proposed by both parties put too much emphasis on taxpayers’ money. We could use Tax Free Municipal Bonds to finance part of the costs, investment by the Flames, a user-fee on tickets, and lease of land from the City.

Calgary pays more and gets less because City Hall is broken with a culture of secrecy and entitlement. I will force each and every one of these “in camera” discussions to a recorded vote to ensure that there is a legal reason (under the FOIP legislation – such as security, personnel, or legal advice) for each matter.

Here is how I will champion an open City Hall:

1. "In camera" discussions should be archived "on camera." These meetings should have a time limit so that their details are published after a period of time. This way, our politicians will know -- and start to act like -- the public has the final say.

2. City Council deserves the benefit of the doubt, but they have stretched the public's trust too far. Council time spent in secret should be audited immediately - for their protection, and ours.

Why has there been such a sudden increase from the previous term? It’s fair to say that no councillor is individually responsible, but they should all be made to explain and adhere to the rule of law.

3. Like other cities, our Integrity Commissioner should be empowered to review requests for investigation regarding whether a meeting of City Council, a local board or a committee was properly closed to the public, and if the content was appropriate.

4. Anyone wishing to question the appropriateness of a meeting should be able to submit a request for investigation, with the results to be published publicly and in a timely manner. This could be done within their existing budget, and without further burdening taxpayers.

Further, I will host monthly in-person town halls where you can hold me to account and question me on any matter. I will also share online my complete donor lists, voting record on all issues, real estate holdings, list of meetings with lobbyists, and itemized expenses build by myself or staff.

I am calling for an immediate halt to public art spending until the current policy is repaired. The amounts should be capped at more reasonable levels, the public should be given majority voting power on the oversight board, and money spent on a capital expenditure should not have to be used in its totality on that site.

The ‘1% for Public Art’ program has repeatedly fallen short. Much of what has been built is not freely or safely accessible to all Calgarians. Input from ordinary citizens has less weight than it should. And despite having an excellent local and indigenous arts community with exciting stories waiting to be told, most major contracts tend to be awarded to foreign firms.

It's time to stop chasing 'world-class' and let Calgary tell its story. Until our economy recovers and major changes to the program can be made, all further spending on this program should be immediately halted.

Here is how I would improve the program:

1. Suspend public art spending pending recovery of the local economy. This proposal follows Councillor Peter Demong’s leadership in his February 2015 Notice of Motion calling for the same. At a time of unprecedented economic hardship, Calgary families and small business owners are making hard decisions. They expect City Hall to do the same.

2. Improve the value for money of future public art by prohibiting installations next to roadways with a greater than 50km/h speed limit; it should be incorporated seamlessly, or built somewhere else off-site. Public art, by definition, should be in a place where the public can safely appreciate and interact with it – not beside a highway.

3. Increase oversight and accountability by altering the Public Art Board’s make-up of citizens-at-large. At present, the board is made up exclusively of people with an arts background. This should be changed to include at least 1 ‘Devil’s Advocate,’ in other words, a member of the public without a professional arts background, such as an auditor or accountant. Often, a frank look from outside a given industry can nip problems in the bud.

4. Improve opportunities for local artists, both emerging and established, by firstly publishing all bid opportunities online, in print, and in postings at places like the Alberta College of Art and Design; and secondly activating the Invited/Limited Competition provisions of City Council policy to allow more local artists to be competitively chosen. When it comes to telling our story, no one does it better than the people who live here. We have a rich talent pool to draw upon. Despite what we hear from City Hall, we can more frequently feature local and indigenous artists without contravening international trade agreements.

By getting out of the way. It’s not government's role to run private enterprise. Instead, it's to provide a consistent environment where all people have the freedom to take their own risks and reap their own rewards.

The best way to support small business is to keep tax burden low. We have a spending problem at City Hall, not a lack of money.

It's time for decision-makers to understand the cumulative effect of taxation and regulation at all levels of government. In the first nine months of 2016, more than 11,000 Calgary businesses either shut down or moved on. To make the situation even worse, this year's municipal "tax freeze" was just a shell game; businesses in Ward 11 saw huge increases to make up for lower revenues from the downtown core.

79% of all Calgary businesses got an increase this year in business tax, and 73% of all non-residential property owners paid more property taxes. 7,124 businesses closed their doors in 2016. In 2017, a medium-sized business with less than 500 employees will likely pay an extra $75,000 due to minimum wage hikes, property tax increases, and the carbon tax. In 2018, this extra cost will increase to $162,000.

Here are a few ideas within City Hall's control to help get our business environment back on track:

1. Force local government to become responsive. For businesses of any size, one of the first financing questions asked is "Do you have your permits and approvals in place?" Delays aren't just time wasted, but also interest accrued and jobs lost.

2. We can keep Calgary open for business through a taxpayer bill of rights that targets very specific accountabilities; for example, by guaranteeing a response time to questions about regulations, ensuring that final decisions on applications and permitting are made within a certain window, and promptly refunding deposits if the City is unable to proceed within a timely manner.

3. One rule in, one rule out. You've probably heard of strange laws on the books -- such as some businesses must provide rails for tying up horses. Click to read more strange laws you probably didn't know existed in Canada. For every new inch of red tape that Council ties on, they should eliminate an equal amount. I would go even further; many of the new bylaws passed by municipal government should have a natural 'sunset clause' so that they have to be re-debated after a reasonable period of time, and if they can't be justified, automatically expire.

4. Prohibit government funding for anti-business and anti-energy lobby efforts. I am proud of our energy industry and the good, mortgage-paying jobs it enables throughout Canada. Ward 11 community sponsorship money is currently being used to support extremist 'Leap Manifesto' meetings, which call for an immediate end to our energy industry. Responsible energy production is the cornerstone of modern prosperity and I will strongly champion improved market access such as pipelines. Let’s evolve our oil and gas expertise to more broadly energy and technology. We should build upon our world-leading talent and technology, not seek an end to it.

Council rushed into approval without due consideration of debt financing costs and realistic consideration of the corridor for development. With the Green Line now being only 20 kilometres long and serving only the inner city, we will likely not get to the projected ridership to make this financially feasible. Council should revisit the project and explore how to proceed at reduced costs in order to get to the suburbs sooner.

Any City-initiated plebiscite would be non-binding. This would be extraordinarily expensive at a time when our country, province, and City can least afford it. While the 1988 Olympics were successful, they still left us with debt. The cost to host the games have risen dramatically in the last 30 years. I oppose any further exploration of the Winter Olympics for 2026 whatsoever.