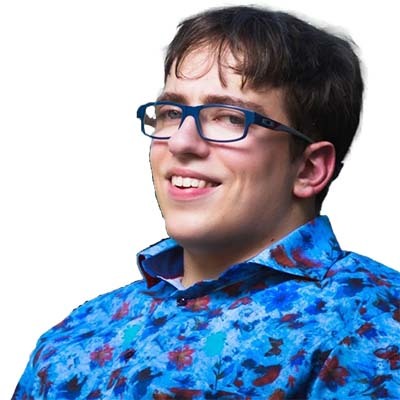 I’ve dedicated the better of my life to serving my community. I have served on 2 City of Calgary boards, the Advisory Committee on Accessibility, as well as the Calgary Transit Access Eligibility Appeals Board. I’ve also been a member of the advocacy group Calgary Ability Network now Alberta Ability Network on multiple policy tables and been a Youth Ambassador for Easter Seals Alberta. This has given me the policy and intergovernmental affairs experience as well as the knowledge of the city hall budget process (even though that could use an overhaul) and city administration to be an effective representative of Ward 1 residents on council.

Safety – We need to Fully staff and properly fund the Calgary Fire Department, institute NFFPA standards, 24-hour shifts, and create a Calgary Fire Commission. Mental Health – We need toCreate an online portal where people or their loved ones can search services by cost, program availability, and complaint. Start a pilot program in partnership with AHS similar to low-income transit pass to make it easier for low-income Calgarians to get the help they need. Economic Recovery and Affordability: We need to Moderate new greenfield development with a modest cost increase on development permits. Cut red tape through a regulatory budget at city hall, allow developers to partner with the city to sponsor affordable housing projects, liquidate some reserve funds to invest in organizations like Platform Calgary to attract new business and fund startups. Tax freeze and privatization where appropriate. This also means leading by example. Council and administration should take a 10 per cent pay rollback and we need to end supplementary pensions. I’m a leader that listens, collaborates, and takes action based on data.

The city’s role is to provide core services, safe communities and provide opportunity for citizens and businesses we can get out of some things and do less.

Too high but until we can dive into the books and examine services a freeze is practical.

I don’t think saving is bad but where the surplus came from is where it needs to be put back into and we can’t be just hoarding it away.

We do need a mix we can increase housing supply but also allow developers to put their name on affordable housing projects as a partner with the city.

I like the plan’s emphasis on collaboration between municipal partners in the region. The goals are laudable but this seems very much like the Guidebook For Great Communities on a large scale and that policy was very flawed. Not only could this have negative impacts on affordability but is very reliant on how Councils implement it.

The Guidebook is a great example of Council and Administration’s current “mother knows best” attitude. This policy promoted a blanket solution on density when communities and residents know best where density is appropriate. I believe we need a mixture of density and greenfield development. To moderate greenfield development I believe we should modestly increase permit fees with a mixture based on market demand and community engagement. The biggest thing we need is a Council and planning department focused on collaborative and meeting residents’ needs not looking for a rubber stamp.

Given the state of each project if we absolutely had to choose one it’d be the BMO Centre given this has broken ground.

The North leg shouldn’t be routed through Centre Street it replaces a well ridden bus route which wouldn’t create ridership just move it from the bus to the train. Cost overruns should be handled by our provincial and federal partners.

Lower taxes and less red tape I would also like to see greater investment in organizations like Platform Calgary and OCIF to attract business from the tech industry and cultivate local startups.

I don’t think the city should be operating these but I don’t want them to close, privatization would be better. I think there’s room for privatized services including garbage collection and potentially other services based on data driven analysis.

NO this will only hurt community safety and CPS community outreach programs.

I am fully vaccinated I believe this is the right decision but I believe you should be able to make the other choice even if I strongly disagree with you.

I would have voted to drop the speed limit as it will most likely result in greater adherence to the old speed limit given people’s tendency to drift slightly higher than the posted limit. It should not go lower.

Public art is an important part of vibrant communities but the art commissioned should be from a local artist and have tangible meaning and drive visitorship.

Ultimately I would be elected as the Councillor for Ward 1. These are the people who hired me so my constituents come first.

I will not be publicly sharing my vote for mayor. However I have been a volunteer with the Calgary Rocky Ridge Conservative Electoral District Association and our MP Pat Kelly since 2018. I believe in small government, cutting red tape, fiscal responsibility, and small government.